Wallace, little known co inventor of  Darwins Evolution was a Spiritualist ! ebooks below.

Thanks to the marvel of electronics, the Internet, we now have some of Wallaces 19th century books as free downloads. in a couple of formats. Links here, below.
Quite an eye opener are they. We can't blame James Randi for creating skeptics today, for every irritating intellectual dishonesty and shortfall. that we find in todays online peudoskeptics, Alfred Wallace details correspondingly  in his rant against materialism that was crippling scientific advancement  when communication with the dead, clearly not dead, was proven by numerous eminent scientists in Wallaces day. He played a prominent role in certifying mediums as being genuine. Evidence to him included a medium, Mrs Guppy,  producing a photograph of his deceased mother. Wallace supervised and scrutinised  the development process to ensure no skullduggery was possible and noted that ordinary people's images took a longer time to appear on photographic paper, than spirit images that appeared almost instantly.  He also explains how it could not have been produced by deception.
To find that incident simply search the  book for the keyword "Mother"

Wallace's lengthy diatribe against crippling materialism, is in his book "Miracles and  Modern Spiritualism" The first link below.
For myself its a case of severe deja vu, Everything I have learned about  online pseudoskeptics, James Randi devotees, Alfred Wallace wrote it first, during the horse and buggy days. And some telling  signature phrases, symptomatic of  lame pseudoskepticism, I find penned by leading scientists, 100 yrs ago.
Phrase I have in mind is one raised by Chris Carter  "Science as we know it"  in a recent Epoch Times online article. Renowned physicist Sir William Crookes wrote it,  in the 19th century about how spiritism "changes science as we know it", a concept that he could not sell to materialist science of his day, despite his stature. So he desisted in making publications on that matter for his reputations sake, while
retaining an avid personal interest in the subject.

And these courageous  scorned scientists, are vindicated today by scientists such as Gary Schwartz who has proven afterlife and mediumship in triple blind tests, that the best cold readers run away from.

Links below to a few free books.

You can download a free Kindle reader for an IBM PC from Amazon. 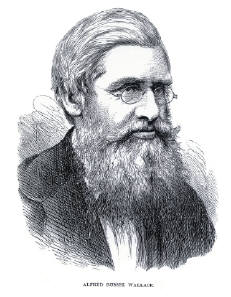