#StoptheTrolls ... Michael Clarke, Charlotte Dawson and Ben Barba have all signed up to tackle cyber bullying. Source: The Daily Telegraph   Charlotte was on 60 mins

HATE-filled Twitter trolls who anonymously taunt, threaten or urge their victims to take their own lives are on notice from today.

Today we launch a campaign to stand up to the faceless bullies and to urge Twitter to unmask them and turn them in to authorities so they can be prosecuted.

Change.org: Sign our petition to make internet trolls and bullies accountable for their Tweets
(We have also established a new petition at change.org for those not on Twitter to register their support)

WE have long campaigned for increased freedom of speech, and we disagree with moves that would increase government regulation of the media.

CHARLOTTE Dawson will not be silenced, or "get off Twitter" like many of her critics have urged the defiant TV star.

Today we launch a petition to stop the vile and abusive trolls on Twitter, facelessly attacking the famous and everyday users just for the thrill.

Even Rudd feels sting of attacks

KEVIN Rudd has been "shocked and sickened" by some of the ugly and abusive attacks on his family by social media trolls.

I WON'T pretend to be able to get into the mind of a media troll but I imagine you sitting in your undies thinking you're changing the world.

ACMA's helps you be Cybersmart

THE Australian communications and media watchdog, ACMA has released a 'Cybersmart' guide to protect Twitter users against trolling.

Acting Prime Minister Wayne Swan joined the #StoptheTrolls campaign even as a malicious and obscene tweet was sent to Julia Gillard over the death of her father John.

"This is a very worthwhile initiative by The Daily Telegraph that we fully support. Anonymous abuse and harassment can have devastating consequences," Mr Swan said.

"Some of the abuse that gets thrown at people on the internet makes me sick to the stomach. It takes a particular type of gutlessness to fire off the sort of anonymous abuse we've seen recently."

Kevin Rudd has 1.2 million followers - more than any other federal MP - and he last night committed to the campaign from China with the declaration: "The time has come for us to build a bridge over the trolls."

Attorney-General Nicola Roxon is also behind the campaign: "Cyber bullying is reprehensible and has no place in our society.

"What we need is strong co-operation from governments, law enforcement and the community. But we also need the assistance of US-based social networks."

And it's not just politicians who have given their support for the campaign, with a host of celebrities from the world of sport and entertainment also taking a stand, including NRL superstar Ben Barba, AFL convert Israel Folau and Australian cricket captain  Michael Clarke, who boasts more than 285,000 Twitter followers.

"Twitter is a great forum to interact with fans from all over the world but that doesn't mean anyone has to be subjected to abuse," Clarke said.

Police have confirmed they have limited ability to seek the identities or IP addresses of anonymous abusers from the US-based Twitter, which has fought subpoenas in America when asked for information about users.

It is allowing anonymous trolls to break the law and abuse their victims without fear of being prosecuted by Australian authorities.

NRL star Robbie Farah lashed out at Twitter trolls this week and called on Ms Gillard to act after his late mother was the topic of offensive tweets.

Ms Gillard's office contacted the West Tigers captain on Monday, with the Prime Minister off work mourning the death of her father.

Still recovering from being hospitalised following a vicious campaign against her on the social networking site, TV star Charlotte Dawson has given her support.

Dawson has written an open letter to the social media community to support the bullied and out the bullies.

She said the cyber world was "part of society and should be subject to the same rules and laws," where those who vilify, harass or intimidate others must be named and held to account.

"If someone uses Twitter to encourage someone to suicide, to intentionally harass and intimidate people, THAT. IS. NOT. OKAY," Dawson wrote.

Broadcaster Ray Hadley has been the victim of trolls but while he was speaking out against abusers on his 2GB show yesterday, Parliamentary Secretary Mike Kelly took to Twitter to attack him.

Hadley fired back: "If Mr Kelly has got time to tweet as often as he appears to, the PM needs to give him more to do."

Communications Minister Stephen Conroy, who also joined the #StoptheTrolls campaign yesterday, said Twitter should respond to requests to provide information on the identities of anonymous troll 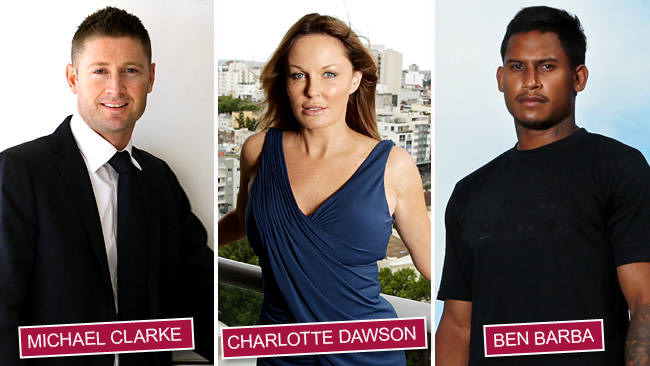 And may I suggest this kind  of rage is what is needed when a celeb dies mysteriously and mediums need to be called in by public demand, to assist police, to drive the afterlife message home. To normalise it. Sensing Murder gets audiences of 1.5 million in Sydney. The stage is set.

Strident Editorial-  Our desire for further free speech is no call for a lawless free-for-all. The Daily Telegraph is answerable to the community, and it is in the service of that community that we wish to preserve rather than corrupt our liberties.

At the same time some seek further regulation, advances in electronic media provide ever-expanding opportunities for those who wish to engage with traditional press outlets.

There is no shortage of fact-checkers among our readers, both online and in our letters pages.

Yet the freedom to engage via electronic media is clearly being abused by those anonymous cowards who use Twitter and other social media platforms simply to increase Australia's stocks of misery and distress.

And it is being done without any means of correction available to those who are targeted.

Communications Minister Stephen Conroy accurately summarised the current situation: "Twitter may think they're above Australian laws and they clearly think they're above American laws, but ultimately good corporate citizens do not behave this way." On those who use Twitter to mindlessly torment grieving, vulnerable or even suicidal people, Conroy was even more direct: "They should hand over the evidence needed to help prosecute people in these cases."

Our aim is simple. Social media users shouldn't be bullied by vile and unanswerable trolls. 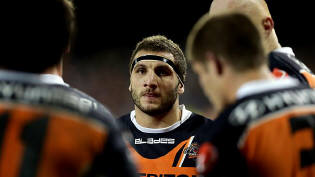 Here we see  Twitter abuser bullies  can dish it out thoughtlessly but its "not fair" when done back to them LOL Oversensitivity is common in 1 in 4 people
RUGBY league star and anti-troll campaigner Robbie Farah  pictured has apologised to Prime Minister Julia Gillard for an offensive deleted tweet last year.

In a statement released by his team, West Tigers, this afternoon, Mr Farah  pictured, said he had written to Ms Gillard today to apologise.

He said: "As you are aware I have been vocal in recent days about criticising those who say some pretty disgraceful things through social media and I have appreciated your support in relation to that cause."

"In the course of this I have been alerted to a ‘tweet’ I made last year in relation to the Prime Minister which was in hindsight clearly offensive.

"At the time I did think about what I had done and removed the ‘tweet’ soon after posting it but that of course doesn’t repair the damage.

"I make no excuse and offer my sincere apologies. I can only say that I have learnt a lot in recent days and I hope that everyone in the community can learn about the pain that we can cause through such comments."

EARLIER a social media commentator exposed a deleted tweet from the rugby league star where Mr Farah suggester Prime Minister Julia Gillard should get "a noose" for her birthday.

Text100 digital strategist Karalee Evans found a Tweet from September last year, which in response to a question from rugby league mate Mark Geyer, read: "'@markMgeyer: What would you buy the PM for her birthday? It's her 50th today....' a noose...".

The next morning he dismissed criticism and said he was not talking about Ms Gillard committing suicide.

"Some people on twitter obviously can't take a joke. Lighten up people," he said.

Farah came out swinging this week when he was attacked by trolls, who wrote sick things about his late mother Sonja on Twitter.

After a conversation with her partner, who recalled Farah's original Tweet, Ms Evans decided to search for it. She reckons it was easy to find.

"All you need is a rough date, some search terms like noose and PM, and a third-party tool that has access to all of Twitter's data," she told news.com.au

She said she was motivated to post it simply to prove that everything you do online leaves a footprint.

"I don't have an opinion on Robbie Farah. It's more just that if you're on the internet using Twitter and Facebook, if you believe you've deleted something, you actually haven't," she said.

"But I'm copping a bit of abuse. Robbie's a polarising person and people love to support him. His fanbase hasn't taken too kindly to my Tweets."

'We need to make a stand'

There is a vast difference between the attacks on Mr Farah's late mother and his ill-considered one-word remark about a birthday present for the Prime Minister.

But the instances from the Farah Twitter archive at the very least shows how the temptation to be offensive can take over.

Mr Farah has been invited to comment on his tweets by news.com.au.

Farah has been firmly on the front foot - calling for politicians, including Ms Gillard, and police to intervene.

"The laws are piss weak and people should be accountable for their comments," he wrote.

"We all need to make a stand and get these scums off twitter."

NSW Police then got involved the investigate the trolling, which Farah exposed by retweeting the offensive posts from his account.

Reports of Mr Farah's tweet about the Prime Minister came as the Government backed a Stop the Trolls campaign organised by the Daily Telegraph.

Attorney-General Roxon said that cyber bullying was reprehensible and had no place in our society.

"It is against the law to use social media in a harassing way", she said.

Meanwhile, the Australian Communications and Media Authority has published advice on how to deal with trolls.

* IGNORE the troll - Don't respond to nasty, immature, offensive comments. Giving trolls the attention they want only gives them more power.
* BLOCK the troll - Take away their power by blocking them. If they pop up under a different name, block them again.
* REPORT trolls - report to site administrators. If they pop up under a different name, report them again. If they continue, contact the police.
* TALK with friends and family - If a troll upsets you, remember it's not you, it's them.
* PROTECT friends from trolls - If trolls are upsetting a friend, tell them to Ignore, Block, Report. Tell their family and other friends and encourage them to seek support.