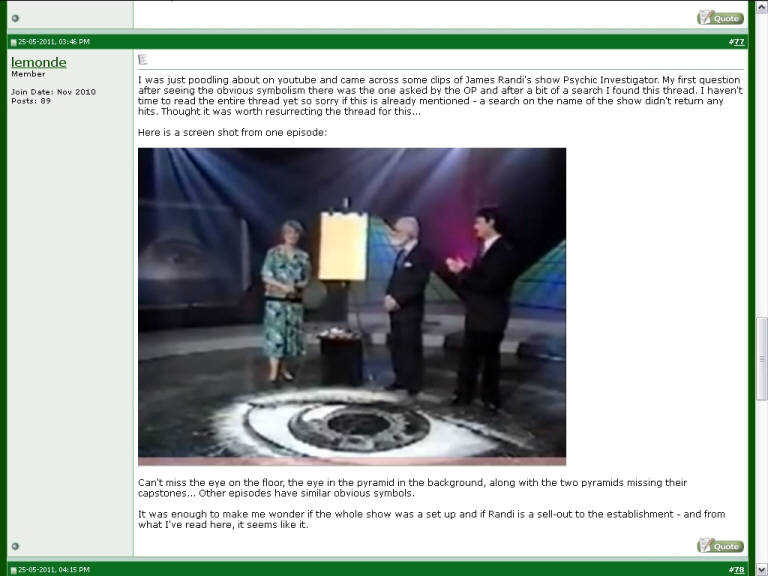 James Randi and the Illuminati All Seeing Eye, autism and pseudoskepticism
Snap shot from a David Icke forum
The forum link


On JREF pseudo-skeptics and their widely acknowledged autism, notice, how Jill pens this commentary, about autism and brain under-development, which is widespread in populations,
"I also think this brain or failure of the mind to grow into a fully adult phase, is more prevalent in modern humans, than just the Asperger/autistic. As a matter of fact, I would wager, it pays for governments and other special interests to keep people developmentally behind.
And then I discover this screenshot of a James Randi Anti psychic show-- So what does it mean?
The picture shows James Randi standing on an EYE,
Well, a little, piece of history. When US terror squads assassinated communist sympathisers in South Vietnam, they were instructed by psychologists to leave on the body, a printed picture of an eye.
Described by psychologists to be the most frightening, most penetrating, most distressing image, with the maximum terror inpact on the 'enemy'. Its a compliance command.
So who is the enemy today? Why its YOU, Its us, of course, the common people !
And what makes us the enemy, of the elites?
Psychic phenomena do ONE single thing. They wake us up and cause us to re-evaluate and reject, the simplistic materialist atheist paradigm, snow jobbed continuously onto us, by the corporate-ocracy, the elites, to stop us waking up.
Despite the best efforts of the Illuminati agents, like Randi and Dawkins and Shermer etc, more people believe in the paranormal, than ever before. The numbers are IN,
James Randi has been spectacularly unsuccessful at holding back the average citizens personal development.
The eye images have a dramatic effect on susceptible people, such as those mildly autistic Pseudoskeptics, who live in a constant state of fear, totally lack self confidence, are averse to thinking , and always look to some external source, like James Randi, to spoon feed them, pre thought, readymade answers, for them to repeat by rote, robotically all over the NET, and thus their brain dysfunction, unwittingly enlists them, as footsoldiers in the elites attempts, to keep the rest of us, asleep and obedient and controlled.
But, it just isnt working, on mainstream people. Thats the good news. There are more Psychic TV shows than ever before, and they likely will not go away. Telephone telepathy is scientifically proven. And ESP and Mediumship and NDE evidence not only accumulates, but is being broadcast by empowered individuals, like Victor Zammit, with growing success. NDEs are now commonly explained on TV, as producing the best mediums. Its becoming common knowledge.
But just ponder the long term determination and sheer cruelty of the Illuminati, for example. Ask the question. How could James Randi, gain access to worldwide TV for 40 yrs? Certainly, YOU, cant access global TV, at all. You havent got a hope. Me neither. Yet Penn and Teller who verbally bludgeon the viewer, with obscenities, trying to browbeat us back into the corporate mind control box, get worldwide access, also.
Thats not accidental ! Its an attempt at control of the audience mindset by media micromanagement. And in that James Randi anti psychic, anti wake up screenshot, he is standing on the most threatening image psychologists can devise,
Its a compliance command, to susceptible people.
Do you get the message, dear viewer ?

And in that James Randi anti psychic, anti wake up screenshot, he is standing, on the most threatening image psychologists can devise, Dont you dare wake up, You hear that ? 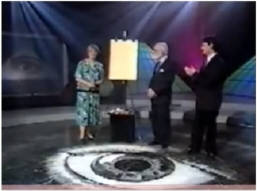 In 1964 the CIA concluded that in order to win the Vietnam War, it had to adopt the enemy's tactics, and start neutralizing the VCI through selective terror. The CIA called this Counter-Terrorism as a way of making its terrorism sound justifiable. It also added its own distinctly, playful American twist by applying the Eye of God technique, which plays on the primitive fear of an all-seeing cosmic eye that can look into anyone’s mind and root out bad thoughts. In South Vietnam in 1964 the CIA produced 50,000 Eye of God playing cards. Each card was painted black and had a hideous white eye in the center. When a Counter-Terror team discovered who the VCI were in a city or village, they would murder them in the most gruesome fashion possible, along with their families if possible, and then nail one of these cards in the victim’s third eye, which Buddhists consider the seat of consciousness.

The Eye of God terror technique has been adopted by Bush and applied to the counterinsurgency in Iraq, through the distribution of a deck of cards that identifies, for capture or assassination, the leaders of Saddam Hussein's Régime and the Ba’ath Party. This exercise in "motivational indoctrination" (the brainwashing technique developed by the CIA in Vietnam to convert average soldiers into assassins) has become so popular in America that the CIA is actually posting these death cards on the Internet.

Little do the Internet viewers know that the Bush Régime is subliminally (say it, George) applying the Eye of God terror technique to Homeland Security, to make everyone feel as if Big Brother is watching him or her, personally. Whether at home or abroad, the idea is to put the fear of God into the good, the bad, and the ugly; which is why the CIA’s Phoenix was always pictured, in the various psychological warfare documents the CIA distributed among the Vietnamese, as holding a blacklist in one hand and a snake (representing the Communists) in the other.

The Phoenix is the only all-seeing bird that selectively snatches its prey. It is the archetype of terror, and Bush is about to unleash it on America.


Book review link
Origin of the eye of God technique - At the personal level, the terror as an organizing principle of society relies on selective terror, which means destroying one's political opposition through acts of terror directed at individuals. It derives from the Eye of God technique, which plays on primitive fears of an all-seeing cosmic Eye of God that sees into your mind. It was used in World War One by morale officers who sent pilots in small aircraft to fly over enemy camps to call out the names of individual soldiers. CIA psywar expert Ed Lansdale, Graham Greene's model for Alden Pyle in The Quiet American, used this technique in the Philippines in the early 1950s. At night a psywar team would creep into town and paint an eye (like the one that appears atop the pyramid in the Great Seal of the United States) on the wall of a house facing a suspected Communist or Communist sympathizer. 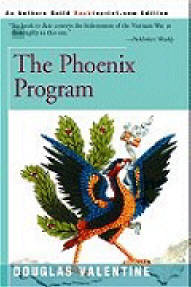