This fascinating subject was raised by David Wilcock in his video 4  Page No 7 on the Index. . It's about people
meditating and revealing their light energy bodies.

Admirable though this practice may seem, being a professional meditator in a lightless cave for years helps nobody. Source does not approve of the excessive passivity and navel gazing of Buddhism.
So I don't want any of you  guys meditating yourselves off the planet in a blinding flash. You are put here to engage.You promised.

Back to Wilcocks video of the Rainbow people

And associated with this light body phenomenon is the mysterious Shroud of Turin. TV docco here yesterday says it's almost certainly a brilliant fraud pulled off by none other than Leonardo da Vinci. TV docco said he used hundred yr old cloth, soaked the linen in  light reactive Silver Sulphate and hung it inside a dark tent with a lens allowing an image of the subject in front of the tent to impinge inverted on the cloth in the dark room. YES a pinhole camera. Apparently this was known in 400 BC  ! Leonardo basically propped - hung a body up which was photographed onto the shroud. That's why there are no brushmarks.
And flesh areas  buttocks were not compressed by the corpse lying down.
Leonardo did much research with cadavers. Mentioned in his notes he obtained a bone with a nail thru it. He collected such things. He hated the church and christianity. And wrote detailed descriptions of the operations of lenses and  their effects on images.

Previously the  De Charney family first owners of the shroud, had been famously discredited in 1389 for displaying fake holy relics. 1453 De Savoy family purchased the discredited shroud and concealed it for 50 yrs. It re-emerged in Leonardo's time as far more convincing, to great public acclaim.
Historians  found Leonardos  written connection to the well-to-do Italian family  De Savoy. He sold them his aged portrait.
The Turin  shroud face remarkably superimposes on Leonardos own young face.
And Mona Lisa's face fits precisely on his own face also.The two matches are compelling on the TV show. Leo was a serial fraud it seems.   And the Turin shroud image is a photographic negative it's not a painting.
Arms are too long. Head is too small- the mark of a photographic forgery

Yet another TV docco here revealed the renaissance  portrait painters used a similar technique as early as the 13th century. Subject  sitting outside a closed room. A small circular hole allowed an image inside the room onto a curved mirror which provided a perfect miniature image of the subject enabling fine detail of clothing folds to be quickly and accurately sketched in reasonable proportion. This secret  was detected by 20century photographers with an eye for detail. It was confirmed a factory supplied curved mirrors to painters in Florence. No painter ever wrote this down.
So secrets can be kept for centuries. 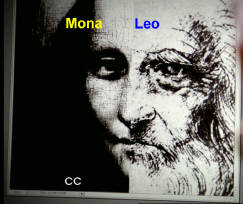 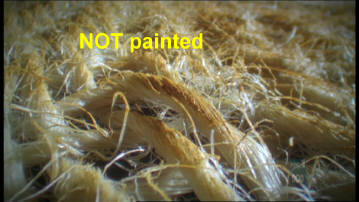 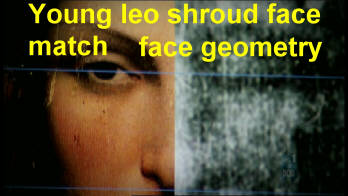 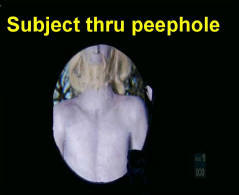 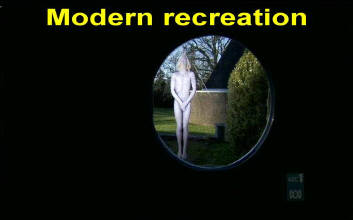 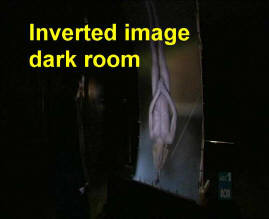 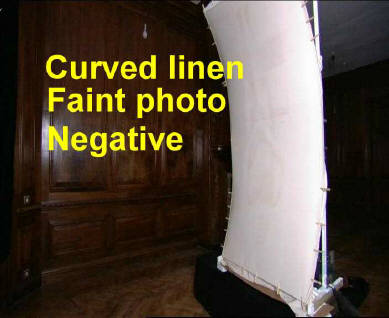 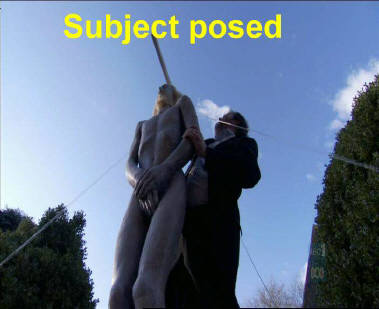 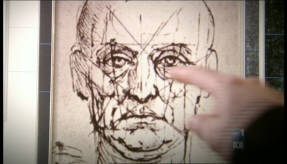 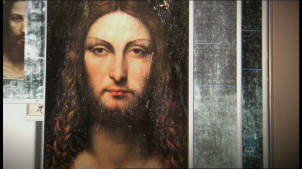 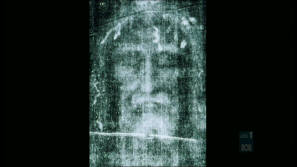 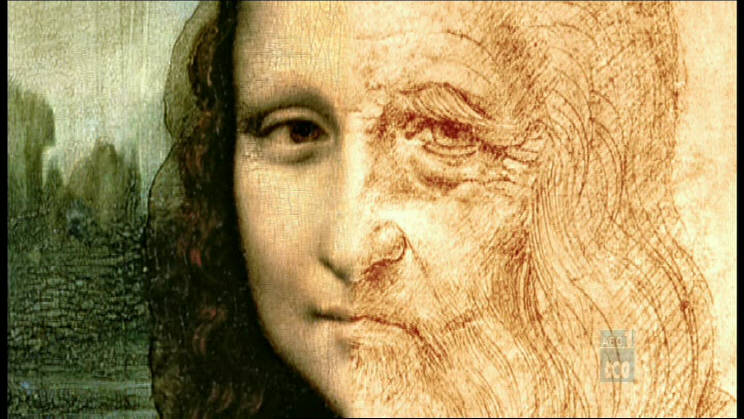 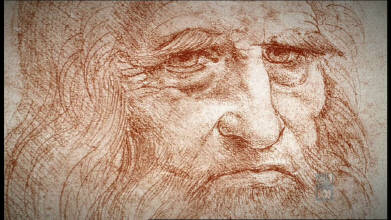 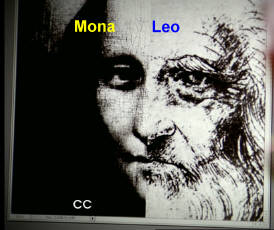