Wizard of OZ story is actually  an economic allegory of the common people's struggle to spend their own government's money rather than borrowing every dollar in circulation from a fractional lending system-- that of automatic continuous  growing unpayable  national debt-- the so called Federal Reserve mirrored  globally.

Wonderful  documentary history of the struggle of people and Governments to escape the power machinations of financiers and gold merchants. Banks. The story starts in the year 1100 Henry the First of England rested power from gold suppliers by issuing his own money.

The story is mainly about America and reveals that every war America has been involved in was organised by banks for political gain and likewise every depression. The wars and depressions are listed. They include the US civil war where French troops  were stationed in Mexico and Bitish troops were stationed in Canada by European moneylenders. Lincoln was assassinated because he had the audacity to  begin printing his own government money. Other US presidents attempting this were assassinated . Including JFK. He abolished the Federal Reserve.

Wizard of OZ is a 1900 allegory of the story of the people's struggle against two wicked witches. One of the west, the Rockefellers, and the East JP Morgan . Much of the best selling children's book in 1900 was lost in translation in the 1939 Judy Garland movie.

In the book Dorothy wears  magic silver shoes on the yellow brick road symbolising gold, and the Emerald city and Emerald palace  is Washington, at the end of the yellow brick road where the Greenback the Government  Issued people's money lies, so that no citizen is born into debt. Cowardly Lion is a political figure called Bryan who nearly toppled the banking system by almost becoming president in 1896.

The Crime of 1873 is referred to in the book, when the US  people lost the right to mint their own money to bankers they were effectiveley born into debt slavery.Serfdom.
The march on the golden  yellow brick road refers to  1890s political marches on Washington, protesting this issue, this return to feudalism.

The story continues to this very modern time and discusses the GFC with particular reference to Iceland and Sweden where savings accounts were  invented. And the fractional lending system is collapsing. They suggest proven alternatives to the Federal Reserve system already working in the US at state level. These are comfortable non  radical solutions.

Long story at 1 hr 50 but worth several sessions to watch. Delightful wake up call about the real meaning of the Wizard of Oz. 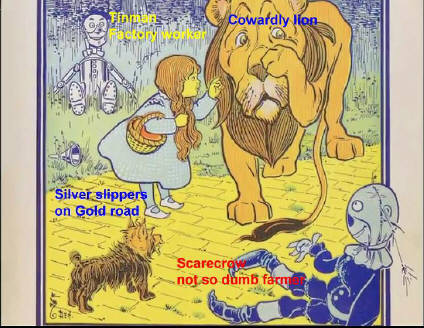 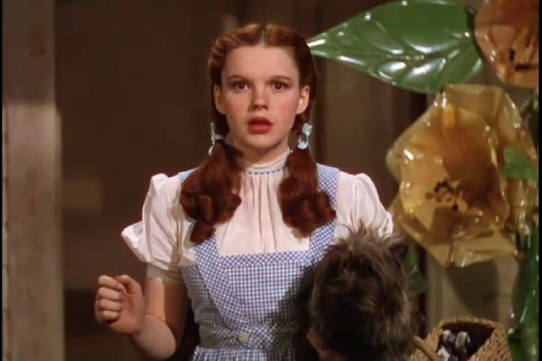 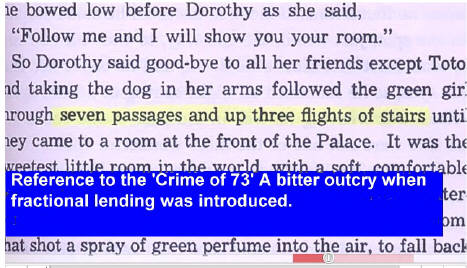 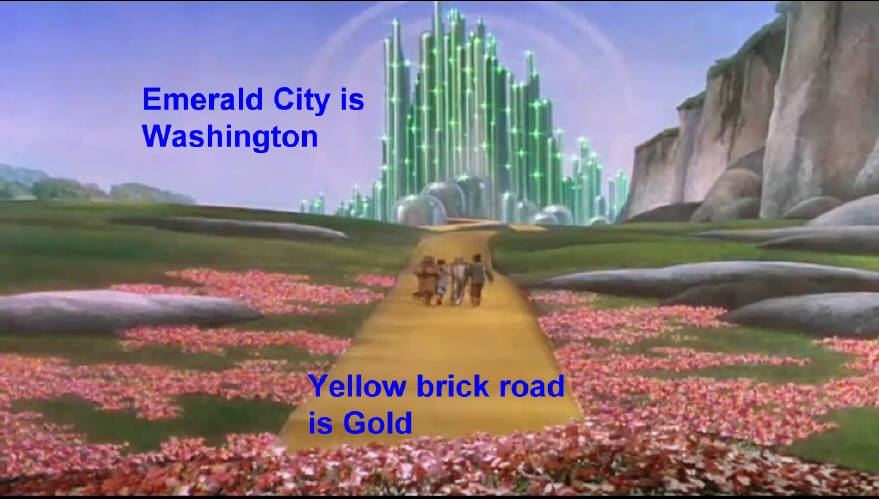 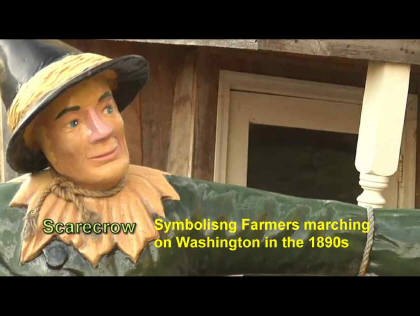