This is an opinion piece by Paul A Drockton who claims a 200 IQ and chats on Radio on many high level matters such as the NWO.  He appears to be a semi gnostic Christian fundamentalist who reports visions frequently but they all seem doom and gloom.  Repent Ye Sinners stuff.  And he is not right about everything. He has opined that ancient gnostics were satanically motivated. We can  forgive him for being only semi gnostic. But he sometimes has penetrating insights and here is one.

He headlines an article here with "Atheism doesnt exist" to get your attention.
He quickly  and deftly explains militant atheists are deeply unhappy people giving the very prominent historical example  of a  19th century Nazi philosopher that gave us  the worst century we have ever had. The 20th.

And it's equally relevant today-- the character description of the Nazi philosopher is chiillingly similar to James Randi Michael Shermer Professional atheists /materialists all.

Further support for Drocktons insight is that the father of the German Illuminati movement Adam Weishaupt was a disaffected  former priest.  Can you see the connection to the Illuminati problem we have today?
Here is the article worthy of your attention

Atheism Doesn't Exist
Atheism is a modern creation that sprouted from the two corrupting philosophies of Nihilism and Materialism. Friedrich Nietzsche, the Satanic Psychopath that helped promote nihilism and atheism, gave us the following words of wisdom:

* After coming into contact with a religious man I always feel I must wash my hands...

* All credibility, all good conscience, all evidence of truth come only from the senses.

* Although the most acute judges of the witches and even the witches themselves, were convinced of the guilt of witchery, the guilt nevertheless was non-existent. It is thus with all guilt.

* Convictions are more dangerous foes of truth than lies.

* Every church is a stone on the grave of a god-man: it does not want him to rise up again under any circumstances.

* Faith: not wanting to know what is true.

* Fear is the mother of morality.

* Glance into the world just as though time were gone: and everything crooked will become straight to you.

* God is a thought who makes crooked all that is straight

* I cannot believe in a God who wants to be praised all the time.

* In Christianity neither morality nor religion come into contact with reality at any point.


Nietsche and his philosophy were the creations of the Bavarian Illuminati. The major Christian religions, with the help of Satanic infiltrators, had become corrupted by both power and greed. Yet, the exchange of one vice for another can hardly be called a virtue. Free-Masonry was established as an alternative to the mainstream religions, and appeared attractive to those disillusioned with a tyrannical Papacy, militant Protestantism, or the Anglican Church as a tool of the British Monarchy.

Free-Masonry is Luciferianism diluted. It proposes that all truth can only be discovered by the physical senses and the Scientific method. (As in James Randi)  In reality, both corrupt Christianity and cold Luciferianism deny the existence of the True God, and seek to make gods of mere selfish mortals. In the inspired words of Joseph Smith:

"34  Behold, there are many called, but few are chosen. And why are they not chosen?

35 Because their hearts are set so much upon the things of this world, and aspire to the honors of men, that they do not learn this one lesson—

37 That they may be conferred upon us, it is true; but when we undertake to cover our sins, or to gratify our pride, our vain ambition, or to exercise control or dominion or compulsion upon the souls of the children of men, in any degree of unrighteousness, behold, the heavens withdraw themselves; the Spirit of the Lord is grieved; and when it is withdrawn, Amen to the priesthood or the authority of that man.

38 Behold, ere he is aware, he is left unto himself, to kick against the pricks, to persecute the saints, and to fight against God.

39 We have learned by sad experience that it is the nature and disposition of almost all men, as soon as they get a little authority, as they suppose, they will immediately begin to exercise unrighteous dominion.

40 Hence many are called, but few are chosen.

41 No power or influence can or ought to be maintained by virtue of the priesthood, only by persuasion, by long-suffering, by gentleness and meekness, and by love unfeigned;

42 By kindness, and pure knowledge, which shall greatly enlarge the soul without hypocrisy, and without guile—" ( Source )


In reality, there are no Atheists. Only disillusioned and rebellious souls that have not learned to distinguish between the works of God and the works of men. The key to keeping your faith is a discerning heart that can tell the difference. I can  remain cynical and disillusioned with corrupt men of religion and still worship the True Religion of Jesus Christ.

Nietsche, by the way, went insane at the end of his life. The result of a mind that could except some lesser truths, at the expense of far greater ones. The true fruits of those that worship the gods of science, their own senses, and a corrupt carnal mind. The true fruits of worshipping Lucifer, who masquarades as the Prometheus.

The fire he claims to have gifted to man, actually came from God, through the light of conscience. The fact that men deny their conscience in their pursuit of pleasure, power and a sensual existence, cannot be blamed on God. If God were to deny men their Liberty and Free will, He would defeat His own Divine purposes and the mortal education of His children. After all, we are here in this temporary condition to learn how to prize the good above the evil.

Anything less would make God the very essence of tyranny, and change Him into a foolish mortal or a fallen Lucifer, a virtual impossibility. Our God is a God of Liberty.
by Paul A Drockton 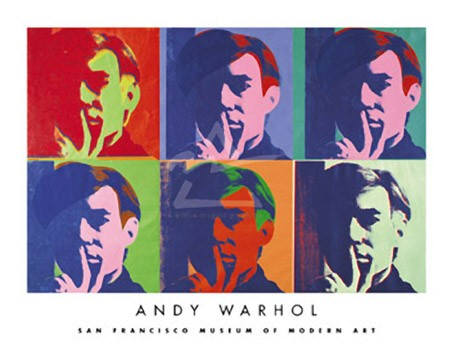 "I Wanted to Paint Nothing." - Andy Warhol