6 Teacher Raelene Pettigrew, explains that the Magician boosts the confidence noticeably of the backward children

7 The backward kids described as having troubled home lives, and anger management problems

8 They relate strongly to stories of Anger

9 Teacher reports Magicians teaching  has a Transformational effect on the backward kids because the children lack strong male role models,  and the Magician is perceived as just that !  The backward children were underfunctioning because they had only female role models.  LOL. Feminists and gay marriage advocates take note.

10 Magician notes improved behaviour in the kids in just a few weeks. Quarrelsome behaviours dissolve because the angry mind is fascinated and calmed  by card magic tricks.
The boys own description resembles that of a  calming meditation session. With successive sessions improving the calming, as the ritual becomes habituated into physical brain structures.

11 And a major requisite of intelligence growth,   the flame  of regenerative Curiosity, is  lit,  by wanting to learn more card tricks, so they can  experience more little thrills and  improve their focus.......  Self attunement has begun

3 Adult Skeptics often freely admit they have no confidence at all, to do anything by themselves, and seem to dislike themselves
Wiki -- Susan Blackmore ,  sitting on right hand side of James Randi, a parapsychologist, who became more skeptical and eventually became a CSICOP fellow in 1991, described what she termed the "worst kind of pseudoskepticism":
"There are some members of the skeptics' groups who clearly believe they know the right answer prior to inquiry. They appear not to be interested in weighing alternatives, investigating strange claims, or trying out psychic experiences or altered states for themselves (heaven forbid!), but only in promoting their own particular belief structure and cohesion .(basically quarelling).. I have to say it-most of these people are men. Indeed, I have not met a single woman of this type. [11]

She is describing dysfunctionally timid men
And a large group at that.

4 This could be a world first and a turning point in teaching backward kids.

5 Discovery for us average adults, but it could explain why some magicians are pedophiles and gays


6 Many  adult skeptics openly admit to having no self confidence and  look elsewhere for support on thinking, anyone but themselves.


Their aversion to thinking is noteworthy.

7 Online Adult Pskeps are perpetually angry being perennially disputatious, which is just quarrelling with everyone they meet.


8 Pseudoskeptics gravitate to James Randi  he is described as angry and fiery by commentators. Close enough?

9 The Logan Magician rescued these backward kids just in time, they could have grown up and become online James Randi devotees, other wise.  Many observers note pskeps are father deficient.


10 Discovery angry racing mind is fascinated and calmed by card tricks. But NOT JUST WATCHING. Like adult Pskeps do. Due to their policy of not doing anything due to what amounts to feebleness (lack of enthusiasm)
Lack of mentoring on how to operate emotions


12 This simple lesson never evident online from angry Pskeps.Conspicuous by it absence. Adults who have never made this discovery.

13 Feebleness and lack of enthusiasm a hallmark of  adult Pkeps online thus they have never considered, been shown, altenatives to quarrelling. And by adulthood they think mistakenly its their "personality" Call themselves skeptics.

Thus James Randi although he provides a strong male role model  for father deficient people, actually makes Pskeps  socially and mentally worse, by radicalising them to be more  belligerent toward everyone they meet. Especially religious people and ESP proponents.Thats certainly the message taken by the average Pskep. In regimented lockstep uniformity. Many thousands, parroting Randi's anti thought slogans.
The failure seems  to be that their brains do not get repattterned to unfurl and exercise new emotions because they only  passively watch magicians tricks on Youtube and TV.

The Australian discovery  says that one must actually DO and PRACTICE the card tricks daily, as well as being mentored positively and brain growth ensues. Intellects flower. Likely even in adults.They also probably need formal lessons in emotions

Dr Norman Doidges book about Brain Plasticity advcoates this as likely outcome. How do we test  this theory on  a few skeps ? With a whip and chair maybe. LOL No, a pack of cards and  a kind strong loving  man. We have our uses.

12 That smiling can get one past others aggression-  big plus learned.  Dont let others control your emotions.

13 Magician urges them to cultivate enthusiasm and the children respond. Rather than complaining or doing nothing, or being quarrelsome 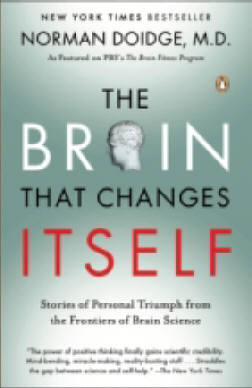