Skeptics Troll Their Own 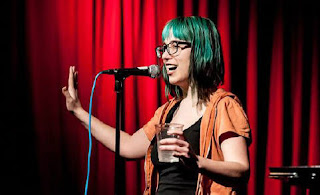 Some regular HPANWO-readers will be aware that I've been on the receiving end of a very intense troll campaign for about five years. Trolls are basically Internet bullies who travel round cyberspace harassing and insulting other Net users. They are some of the worst people imaginable; in my view they encapsulate the most despicable and depraved mentalities in existence. I feel more contempt for them than almost anybody else. They're not only sadists, they're cowards who could never summon the gumption to confront anybody face-to-face; they just attack from behind the impunity of a keyboard and monitor. My antagonists are an infamous group of trolls calls "Team Droike"; who are still a regular and recurring problem on the HPANWO Forum. At first I thought they were just one person, they posted from a single user account; but then I noticed that their spelling and grammar varied in accuracy for different posts. They also seemed to be constantly online and I never had to wait more than an hour or two for replies at any time of the day or night, as if they were working shifts. Of course I'm a big, tough, ugly ex-Hospital Porter and so I'm not vulnerable in any way; but there are others who have been hounded to depression and even suicide by trolls. Team Droike are Skeptics and have obviously targeted me because I'm a "Woo-woo"; some trolls are non-Skeptics who hunt for Skeptics to abuse. I personally find both equally abhorrent. But a disturbing new development has emerged that has come to my attention via a friend of mine in , Steve Trueblue, whom recently I interviewed on HPANWO Radio, see: http://hpanwo-radio.blogspot.co.uk/2012/11/programme-21-podcast-steve-trueblue.html Skeptics have started trolling their own. The victim in this case is a lady called Rebecca Watson, see: http://www.youtube.com/watch?v=Nloor6dfwoY

Rebecca Watson is a Skeptic blogger and radio show host who founded and runs Skepchick, a website primarily for women who are Skeptics, see: http://skepchick.org/ It combines general Skepticism with associated feminist and women's interest issues. For example it has campaigned against misogyny in the Christian Right and witchcraft persecution in rural parts of . Like every prominent Internet personality, she received her fair share of trolling, but one day these attacks suddenly escalated. Because of her disbelief in the paranormal and related subjects she felt she had found a group of like-minded comrades when she got involved with the Skeptic Movement. However she soon discovered that some of the male Skeptics she worked with were capable of even worse vicious behaviour than their non-Skeptic counterparts. During one conference a man politely, but rather clumsily, attempted to seduce her and she mentioned this incident on stage at the conference in a light-hearted way. The response was that she was immediately inundated with violent tirades ranging from spiteful jokes, sexist slurs and criticism of her looks and character, to threats of violence, torture, rape, mutilation, and even murder. Photographs of dismembered bodies were sent to her (and this makes me wonder if these are the same Skeptic trolls who tormented Meryl Dorey, see: https://www.youtube.com/watch?v=uKEMPf_DRMg ) She managed to obtain information on the profiles of some of her abusers and discovered that they were often adults active in the Atheo-Skeptic Movement. That grand Maharishi of Atheo-Skeptics, Richard Dawkins, was not one of her abusers, but he was extremely unsympathetic; in fact he wrote a sarcastic false letter about it. To be honest I'd say that Rebecca Watson's failed-seduction experience alone does not justify any complaint, but when it is combined with the backdrop of her existing issues with male Skeptics I can understand why it would upset her; and Dawkins' response is highly insensitive, especially if what Watson says is true, that she had already told him about the existing threats she was receiving, see: http://skepchick.org/2011/07/the-privilege-delusion/ Watson's ordeal intensified as this very highly organized trolling campaign took shape. Other members of Skepchick were struck at too, frightening one so much she left her home. Entire forums and blogs were set up by male Skeptics disparaging female Skeptics. The Skeptopaths have shown their true colours.

I'm not an advocate of feminism, in fact I'm a very harsh and vocal critic of it, but when I look at the conduct of some Conformist males I can sympathize with women who feel drawn into it. Watson is not a "man-hater"; in fact she got married to Sid Rodrigues, a male Skeptic who helps run London Skeptics in the Pub who has always been very welcoming to me, see: http://hpanwo.blogspot.co.uk/2011/11/london-skeptics-in-pub-141111.html So one cannot generalize, but Steve thinks that the problem lies with the mentality of those attracted to the Skeptic Movement, something we talk more about in the radio interview linked above. Rebecca Watson has stood her ground in the Skeptisphere and continues to do her work. This is very courageous of her, but Steve thinks it's naive and foolhardy. As you can see in the linked video, Watson still believes that the Skeptic Movement is a good thing which has the power to change the world for the better. Steve thinks she's better off out of it, see: http://www.youtube.com/watch?v=Jnp_Cmlwq3o Steve calls the Skeptic Movement a hate group comparable to the Ku Klux Klan. I think that's slightly too severe... just slightly . But I think it's certainly wise to treat the Skeptic Movement as an emergent hate group, because it has the symptoms of a proto-tyranny, see: http://hpanwo-voice.blogspot.co.uk/2012/06/richard-wiseman-skeptocrat.html Also see the list Steve quotes from the FBI here from 0.45: http://www.youtube.com/watch?v=uKEMPf_DRMg As for Rebecca Watson, I agree totally with Steve's advice; get the hell out, Rebecca! She should get out and do her own thing beyond the umbrella of the Skeptisphere completely. She doesn't have to change any of her opinions or change anything else about herself; all she has to do is reject the institution that has created the "head-kicking" culture as Steve calls it. Team Droike are Skeptics, just like James Randi and Richard Dawkins are Skeptics, and Team Droike have decided to attack me. I wonder if Team Droike are among those who have decided to brutalize Rebecca. It's different for me, being a big 'ard feller, but for a young woman like Rebecca Watson it's far worse. I must say that if a pro-conspiracy/paranormal organization treated me like the Skeptics have treated her, you wouldn't see me for dust!
Posted by Ben Emlyn-Jones at 10:59 2 comments:

Lovely article, Ben. It needs to be said. Needs to be proclaimed. Its a step toward preventing innocents from mistakenly stepping into the den of vipers.

Very true, Steve. With our words of warning innocent newcomers will hopefully be on their guard. Hope Rebecca escapes from these scumbags one day. Thanks for letting me know about all this. :-)

ads not by this site