Is this Gay Behavior Sick?

Last week California legalized gay marriage. Why do you suppose the bankers wanted to placate the less than one per cent of the population who are  marriage-minded gays so badly that they are willing to redefine the central life ritual of 96% of the population who are heterosexual? Marriage is a heterosexual institution, mostly about reproduction. It's like saying Muslims have an "equal right" to celebrate Passover.

The bankers want heterosexuals to suffer from the same gender confusion as homosexuals do, which makes it impossible to bond permanently with the opposite sex. As result, the vast majority of people will substitute promiscuity for love, marriage and family. Eventually the State will take over reproduction and indoctrination of the young. Here is an article I wrote in Nov. 2001 which tears the veil from the "homosexual lifestyle" they pretend is so attractive. (Much more in my book at www.cruelhoax.ca) 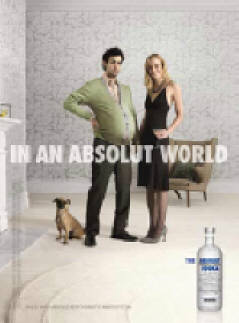 For skeptic watchers attempting to make sense of the Rebecca Watson misogyny, militant atheist, gay magician  constellation,  here is a prize central  piece to the puzzle. Notably the identical personality traits and behaviours, of online pseudoskeptics and militant athiests, and the  personality profile of gays in a book, done by gays, about gays, after 1000 interviews by two gays,  one a Phd. It is a book summary  that explains much, for skeptic watchers.

Imagine that an organism is sick. Imagine that the sick cells convince the organism that they were healthy, and in fact, the healthy cells are sick. The gullible organism would just get sicker and sicker.

This is the relationship between society and homosexuals today. Gays argue that same-sex behavior is no different than being left-handed. On the other hand, they say heterosexual behavior is not natural, but socially conditioned and "oppressive." Heterosexual society and family are taking heavy casualties. Our stupid, opportunistic and craven leaders have betrayed us. We don't even know we are at war.

Let's decide whom, in fact, is sick.

Let's look at gay behavior as defined by two gays, Marshall Kirk and Hunter Madsen Ph.D., authors of "After the Ball: How America will Conquer its Fear and Hatred of Gays in the 90's"(1989).

In Chapter Six, they outline "ten categories of misbehavior," drawn from their own experiences, wide reading and thousands of hours of conversation with hundreds of other gays. Their contention is that the male gay lifestyle, (not gay sexuality mind you), "is the pits." They want gays to improve their image by addressing "what is wrong with a lot of gays." (276)

What follows are some highlights. As you read this, ask yourself, if there is another human community, including the Mafia that could make these generalizations about itself. Ask yourself if we haven't caught this disease, or at least the sniffles.

Is there any doubt that this behavior is sick? Obviously this is not true of all homosexuals. I feel no malice toward gays. I feel the same way about people who have the flu. I want them to get better and I don't want it to spread.

Unfortunately, even the authors of this book are deceiving themselves. They claim that it is the gay lifestyle and NOT gay sexuality that is "the pits." Who are they kidding? The two are inseparable.

The authors of this book are public relations experts who believe that "our problem is fundamentally one of bad image with straights."

The book details "a comprehensive public-relations campaign that should go a long way towards sanitizing our very unsanitary image:"

"Jamming": Advertising that equates fear of gays with hatred of Jews, Blacks and women.

"Conversion": Presenting images of gays that look like regular folks. "The image must be the icon of normality."

They say "it makes no difference that the ads are lies" because "we are using them to...counter negative stereotypes that are every bit as much lies."

This book was written in 1989 and obviously a campaign similar to this has taken effect. Read what the authors say about it:

"By Conversion, we mean something far more profoundly threatening to the American Way of Life [than subversion] ...We mean conversion of the average American's emotions, mind, and will, through a planned psychological attack, in the form of propaganda fed to the nation via the media. We mean...to turn their hatred into warm regard whether they like it or not." (153)

Thus gays want Americans to learn that something they naturally and justifiably regard as sick, is in fact healthy. Thus Americans will be defenseless to resist their overtures whether in parks, barracks, bathrooms or classrooms.

It is a measure of the authors' cynicism and self-deception that THEY quote psychologist M. Scott Peck, who in "People of the Lie" characterizes people who suffer from extreme or "malignant" narcissism simply as "evil."

Evil people, Peck says, have "an unshakable will to be right and will not consider the possibility that they are wrong...Their main weapon, interestingly enough is the lie with which they distort reality to look good to themselves, and to confuse others." (297)

The publicity surrounding gay marriage doesn't reflect the reality. Gays don't want to marry. In Canada, gay marriage has been legal for more than a year yet only one in one thousand marriages are homosexual. Gays and lesbians make up about 40 out of 1000 population.

Gay marriage is really designed to make heterosexuals see homosexual behavior as the new normal. They could have designated a separate but equal status for the homosexuals who want marriage.

Gays can continue to fool themselves. But let us stop. Their behavior is sick. And it's contagious.

So  Skeptic watchers, that's a book summary of gay "misbehaviours" The gays choice of words. And it fits  most of the pskeps, you have ever met online, right ?

So the  Pskeps summary would read, many , maybe (50%)  gays or latent gays, some damaged by the Santa Claus myth revelation,  some just mentally feeble confabulators, some mildly autistic, some Aspergers, but headkickers and haters, all.