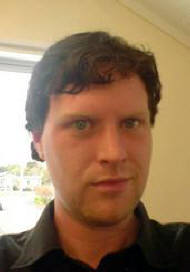 Logan in New Zealand a bright young man of about 25 has already had quite an adventurous life. How many can boast they have been "Excommunicated"? Yes, it happens in this modern day and age. A deeply spiritual person he came under the influence of fundamentalist Christians  in the local Catholic Church. As a result of his enthusiasm he essentially memorised the bible. Which lead to him knowing more than the Church elders and he began asking questions of them that they could not answer.  He also soon discovered there was much cult mind control in the answers supplied. His persistent questioning ultimately got him excommunicated !!!

He wandered around for a while on the NET, messed with Quantum healing. tried every  hallucinogen in the book with varying degress of success and one day stumbled into truebluehealer.com his hands tingled and you know the rest, dear reader.

He progressed quickly and received numerous messaging dreams as is normal for growing lay gnostics. He also received hundreds of loving  musical wake up messages. He likes music from the 1950s. He also had numerous hand tingle signals while typing IM messages to myself.

NOW here is the fascinating part. I had asked for Logan. Someone of his kind. To be brought in to the TBH site. Someone with expert knowledge of the Bible. Logan certainly filled the bill in that sense. My curiosity, my need to know, was what happens if a fundamentalist christian becomes a gnostic ? How to they react to disovering that their understanding of the Bible is wrong?
Logans daily adventures  answered that quesntion. He received from Source almost daily internal  bible readings that were explained to him, clarified to him with minds eye pictures and some help from myself explaining the template of dual intelligence and Source as silent partner in each person, overlaid on bible passages suddenly revealed their real meaning.  Logan was every quickly and smoothly  and lovingly rescued from the Catholic Church's literalism. It really opened Logan's eyes. Explained so much that the Church men never knew. He realised how the Church men were the blind leading the blind.

Logan was also delighted when I pointed him at NeilSlade.com website where he learned to click his amygdala forward and the ensuing pleasure response he wrote exceeded that of any of the hallucinogens he had tried. His report is worth reading. See link >>>>>>>

So Logan's life had improved and he was reporting numerous gnostic experiences practically daily back to TBH. Wonderful data. Highly valued here.

Then he fell off the radar.
I heard nothing for weeks.Assumed he was on holidays over Christmas.

End January he popped up again.

It turned out he had found a lifepartner ! A lady with 2 small children. Been busy doing that.
He mentioned that during this period his gnostic dreams had ceased ! Consistent with the Source policy of never disrupting a Godlings life.

And then  he reports his  newlady love Tarsha was already beginning her gnostic dreams and was awakened to the romantic greeting music. Featured below. Logan reports they are both dreaming vividly and both hearing waking greeting music.

from Logan   Yesterday she (Tarsh) woke to this http://www.youtube.com/ watch?v=XsxHipbuYGM

And I woke to http://www.youtube.com/ watch?v=Atlz3qj0K68

We have both been dreaming intensely too.

These are both poignant love songs of great devotion. That the lyrics are available on Youtube means Source can use the NET to send the most exquisite complex  messages in perfect fidelity.
Tarsha Morning Music
Logans morning musical greeting
Healing Pseudoskeps with the Amygdala Click Logans report