The Truth Wears Off

Is there something wrong with the scientific method?

Many results that are rigorously proved and accepted start shrinking in later studies.

On September 18, 2007, a few dozen neuroscientists, psychiatrists, and drug-company executives gathered in a hotel conference room in Brussels to hear some startling news. It had to do with a class of drugs known as atypical or second-generation antipsychotics, which came on the market in the early nineties. The drugs, sold under brand names such as Abilify, Seroquel, and Zyprexa, had been tested on schizophrenics in several large clinical trials, all of which had demonstrated a dramatic decrease in the subjects’ psychiatric symptoms. As a result, second-generation antipsychotics had become one of the fastest-growing and most profitable pharmaceutical classes. By 2001, Eli Lilly’s Zyprexa was generating more revenue than Prozac. It remains the company’s top-selling drug.

But the data presented at the Brussels meeting made it clear that something strange was happening: the therapeutic power of the drugs appeared to be steadily waning. A recent study showed an effect that was less than half of that documented in the first trials, in the early nineteen-nineties. Many researchers began to argue that the expensive pharmaceuticals weren’t any better than first-generation antipsychotics, which have been in use since the fifties. “In fact, sometimes they now look even worse,” John Davis, a professor of psychiatry at the University of Illinois at Chicago, told me.

Before the effectiveness of a drug can be confirmed, it must be tested and tested again. Different scientists in different labs need to repeat the protocols and publish their results. The test of replicability, as it’s known, is the foundation of modern research. Replicability is how the community enforces itself. It’s a safeguard for the creep of subjectivity. Most of the time, scientists know what results they want, and that can influence the results they get. The premise of replicability is that the scientific community can correct for these flaws.

But now all sorts of well-established, multiply confirmed findings have started to look increasingly uncertain. It’s as if our facts were losing their truth: claims that have been enshrined in textbooks are suddenly unprovable. This phenomenon doesn’t yet have an official name, but it’s occurring across a wide range of fields, from psychology to ecology. In the field of medicine, the phenomenon seems extremely widespread, affecting not only antipsychotics but also therapies ranging from cardiac stents to Vitamin E and antidepressants: Davis has a forthcoming analysis demonstrating that the efficacy of antidepressants has gone down as much as threefold in recent decades.

For many scientists, the effect is especially troubling because of what it exposes about the scientific process. If replication is what separates the rigor of science from the squishiness of pseudoscience, where do we put all these rigorously validated findings that can no longer be proved? Which results should we believe? Francis Bacon, the early-modern philosopher and pioneer of the scientific method, once declared that experiments were essential, because they allowed us to “put nature to the question.” But it appears that nature often gives us different answers. 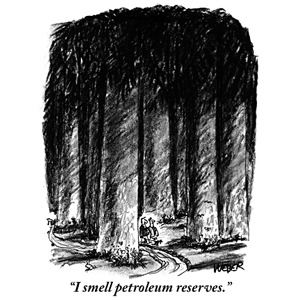 Jonathan Schooler was a young graduate student at the University of Washington in the nineteen-eighties when he discovered a surprising new fact about language and memory. At the time, it was widely believed that the act of describing our memories improved them. But, in a series of clever experiments, Schooler demonstrated that subjects shown a face and asked to describe it were much less likely to recognize the face when shown it later than those who had simply looked at it. Schooler called the phenomenon “verbal overshadowing.”

The study turned him into an academic star. Since its initial publication, in 1990, it has been cited more than four hundred times. Before long, Schooler had extended the model to a variety of other tasks, such as remembering the taste of a wine, identifying the best strawberry jam, and solving difficult creative puzzles. In each instance, asking people to put their perceptions into words led to dramatic decreases in performance.


But while Schooler was publishing these results in highly reputable journals, a secret worry gnawed at him: it was proving difficult to replicate his earlier findings. “I’d often still see an effect, but the effect just wouldn’t be as strong,” he told me. “It was as if verbal overshadowing, my big new idea, was getting weaker.” At first, he assumed that he’d made an error in experimental design or a statistical miscalculation. But he couldn’t find anything wrong with his research. He then concluded that his initial batch of research subjects must have been unusually susceptible to verbal overshadowing. (John Davis, similarly, has speculated that part of the drop-off in the effectiveness of antipsychotics can be attributed to using subjects who suffer from milder forms of psychosis which are less likely to show dramatic improvement.) “It wasn’t a very satisfying explanation,” Schooler says. “One of my mentors told me that my real mistake was trying to replicate my work. He told me doing that was just setting myself up for disappointment.”

Schooler tried to put the problem out of his mind; his colleagues assured him that such things happened all the time. Over the next few years, he found new research questions, got married and had kids. But his replication problem kept on getting worse. His first attempt at replicating the 1990 study, in 1995, resulted in an effect that was thirty per cent smaller. The next year, the size of the effect shrank another thirty per cent. When other labs repeated Schooler’s experiments, they got a similar spread of data, with a distinct downward trend. “This was profoundly frustrating,” he says. “It was as if nature gave me this great result and then tried to take it back.” In private, Schooler began referring to the problem as “cosmic habituation,” by analogy to the decrease in response that occurs when individuals habituate to particular stimuli. “Habituation is why you don’t notice the stuff that’s always there,” Schooler says. “It’s an inevitable process of adjustment, a ratcheting down of excitement. I started joking that it was like the cosmos was habituating to my ideas. I took it very personally.”

TBH: it never occurs to atheistic science that another intelligence can playfully mess with outcomes, minds of subjects or their own minds.Ultimately it's a deeply buried signal for each of the scientists to find their own way home to pure affection. A bit like the monolith on the moon in 2001 A space odyssey.

The failure of Empirical Science
VOX POPULI Commentary on this article